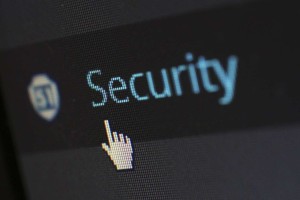 In the past several years, millions of U.S. taxpayers have experienced the frustration of attempting to file their taxes, only to find that someone beat them to it: Tax-related identity theft is a common crime, in which people use stolen information (mostly Social Security numbers) to fraudulently obtain tax refunds. Then, when the rightful owner of that Social Security number attempts to file taxes, the IRS flags the return as a duplicate, and consumers end up waiting months, sometimes years, to receive their refunds.

During tax year 2013 (the most recent data available), the Internal Revenue Service lost $5.2 billion to identity theft, despite preventing $50 billion in tax-refund fraud. The problem isn’t going away, so the IRS recently announced new plans to curb such fraud, including more complex taxpayer-authentication processes.

Given how far away tax season is, it’s unclear how these changes might affect consumers’ tax-filing experiences, but the changes seem to be geared toward the tax-preparation industry, rather than taxpayers.

“It looks to me that this is all going to be happening behind the scenes,” said Stephen W. DeFilippis, an Enrolled Agent in Wheaton, Ill. Enrolled Agents are tax practitioners federally licensed to represent taxpayers before the IRS. “If it does delay anything I’m sure we’re not going to hear about it until right before filing season.”

That’s where things are at right now: The IRS and others in the tax space are working to improve fraud prevention, but consumers may not yet notice the changes. You should keep doing what you’re (hopefully) doing by filing your taxes as early as possible, while keeping an eye on your credit scores and credit reports for signs of identity theft. Meanwhile, here’s what will be unfolding in the background when you file your taxes in 2016, according to the IRS news release on the initiative.

The IRS announced it would collaborate with other groups in the thick of tax preparation in order to better detect fraud. This includes tax preparation and software firms; state tax administrators; and payroll and tax financial product processors. The idea of sharing information is to better track down fraud leads and identify patterns of fraud schemes.

“Anything that can be done to increase information sharing that doesn’t violate the privacy of consumers is a good thing,” said Adam Levin, chairman and co-founder of Identity Theft 911 and Credit.com. “It’s important for institutions to share as much knowledge of what they’re seeing out there. …The biggest problem that they’re facing is the astronomical amount of data that’s accessible by bad guys.”

The collaborating institutions will analyze data like repetitive filing from a certain IP address and how much time it takes to file a return. Tax preparation software will submit this data with the return to the state and federal tax authorities to aid in fraud-detection efforts.

There aren’t many more details out there on the changes or how they’ll impact consumers.

“They’re being somewhat secretive, which I understand,” DeFilippis said of the information thus far provided by the IRS. “I would think that hopefully by fall we would get some clarity and if there are certain things that taxpayers can be doing to safeguard their information and minimize the danger of having a fraudulent return filed under their Social Security number.”

New fraud-prevention measures aside, the best thing consumers can do is file their taxes as soon as possible, but DeFilippis noted that’s often beyond individuals’ control, because tax paperwork is sent out over several weeks. Levin said it’s good to see the IRS working to increase consumer protection, but that doesn’t lessen the importance of self-protection.

“The IRS is stepping up its game, and the entire government is stepping up its game, but this is where there is no alternative: We have to step up our game,” Levin said. “We have to make absolutely sure we know who we’re communicating with, we have to monitor frequently through any number of mechanisms — credit reporting, credit scores — and we need to have a damage control program.”

As soon as you see signs of identity theft, like unexpected changes in your credit reports or scores, waste no time in investigating. You can check your credit scores for free every month on Credit.com.

Due to a growing client base in Connersville, Indiana, we’re opening an office there.  The Connersville office will be open Mondays, Wednesdays and Fridays for now with expanded hours during tax season.  The 2nd location is located at 801 W 35th Street, next to the fire station. Our main office will remain in Richmond.  Appointments, […]

IR-2016-117, Aug. 31, 2016 WASHINGTON  —  The Internal Revenue Service today encouraged taxpayers to consider a mid-year tax withholding checkup following several new factors that could affect their refunds in 2017.  Taking a closer look at the taxes being withheld can help ensure the right amount is withheld, either for tax refund purposes or […]

IRS Combats Identity Theft and Refund Fraud on Many Fronts

FS-2015-1, January 2015 Stopping identity theft and refund fraud is a top priority for the Internal Revenue Service. For the 2015 filing season, the IRS continues to expand these efforts to better protect taxpayers and help victims. IRS employees are working to prevent refund fraud, investigate identity theft-related crimes and help taxpayers who have been […]

Announcing our new Administrative Assistant, Julie Favorite! We welcome her to the Williams & Keckler team. Julie’s background includes many years employment at a local attorneys’ office and more than a decade in the loan department of a local bank. Drop by and say “hello”, or email her at Julie@keckler.com.

Key Tax Tips on the Tax Effects of Divorce or Separation

Issue Number:    IRS Summertime Tax Tip 2015-23 Internal Revenue Service (IRS) sent this bulletin at 08/24/2015 09:00 AM EDT Key Tax Tips on the Tax Effects of Divorce or Separation Income tax may be the last thing on your mind after a divorce or separation. However, these events can have a big impact on your taxes. […]

What Employers Need to Know about the Affordable Care Act

Issue Number:    HCTT-2015-46 Aug. 4, 2015 What Employers Need to Know about the Affordable Care Act The health care law contains tax provisions that affect employers. The size and structure of a workforce – small or large – helps determine which parts of the law apply to which employers. Calculating the number of employees is especially […]

Each year, the Taxpayer Advocate Service and its leader Nina E. Olson release an open letter to the IRS containing recommendations for improvement. FOXBusiness.com highlights five common sense changes the IRS can make to work better for you. Create one point of contact for identity theft Under the current structure, victims of identity theft are […]

WASHINGTON —The Internal Revenue Service today encouraged eligible small businesses that did not file certain retirement plan returns to take advantage of a low-cost penalty relief program enabling them to quickly come back into compliance. The program is designed to help small businesses that may have been unaware of the reporting requirements that apply to […]

If You Get an IRS Notice, Here’s What to Do

IRS Summertime Tax Tip Each year the IRS mails millions of notices and letters to taxpayers. If you receive a notice from the IRS, here is what you should do: • Don’t Ignore It. You can respond to most IRS notices quickly and easily. It is important that you reply right away.   • Focus […]