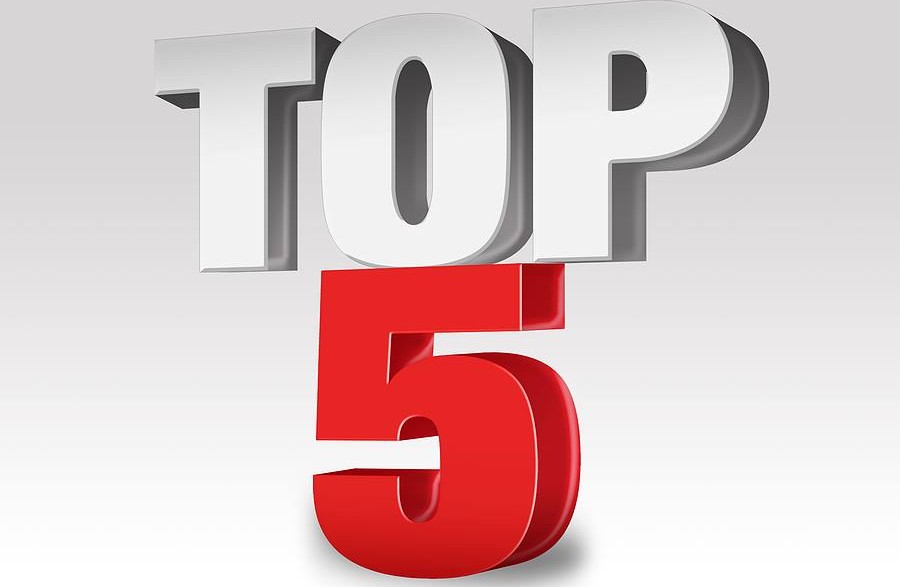 Tax issues cause some folks to act in an irrational manner. True, the taxman shouldn’t be ignored. But feared? Nah.

Here’s my list of the top five things that taxpayers are irrationally afraid of and shouldn’t be:

1. Being aggressive when it comes to deductions. You’re entitled to take deductions. C’mon, say it with me now: you’re entitled to take deductions. Taxpayers often fear that claiming tax deductions will raise eyebrows at Internal Revenue Service. That’s not true unless we’re talking really excessive as compared to your level of income – and even then, if you have the documentation to prove it, why would you care? Those charitable receipts? Use them. Kept a mileage log? Don’t let it go to waste. Paid your tax pro in 2014? Make it count. If a deduction is legitimate and you have the documentation to prove it, take it.

2. Audits. First, let’s just clear up a misconception: the random audit is not common. In fact, less than 2% of individual returns are audited. That includes those returns that include hot button tax issues or are otherwise on the IRS’ radar. Second, in most cases involving a deficiency, there is no full blown audit; in most instances, if an adjustment is necessary, you’ll be notified by IRS and asked to provide documentation (usually by mail, called a correspondence audit). If an actual audit is necessary, you’ll have plenty of notice and if you have to appear, you don’t even have to be there (your attorney or other tax professional can often go in your place so long as he or she is authorized to talk to the IRS on your behalf). Do not live in fear of a tall man in a dark suit knocking on your door, unannounced, to perform an audit at your home or business: that just doesn’t happen.

3. Not having enough money to pay your bill. I can’t tell you how many clients that I have that don’t file returns or reply to letters because they can’t pay their tax bill in full. While it’s always better to pay on time, the world won’t end if you don’t. If you can pay the full amount eventually, you can work out a payment plan with IRS (more on this later in the week). If you absolutely can’t pay the full amount (ever), there are still options including an Offer in Compromise which would allow you to pay your bill in part. Ignoring your tax bill altogether should never be an option – the IRS can garnish your wages, levy your bank account or take other actions. Don’t be scared, be proactive.

4. Correspondence from the IRS. It’s not unusual for clients to drop piles of unopened mail from IRS on my desk during an appointment. I’ve even had clients bring in suitcases filled with certified mail from IRS, unopened. When you get a letter from IRS, don’t ignore it: take a deep breath and open the envelope. It’s rarely as bad as you think. Sometimes it’s an informational letter (advising you that you might need to file a certain form, etc.), sometimes it’s simply a notice of adjustment in which case you pay what you owe or work something out (see 3 above) and occasionally, you’ll receive a notice of deficiency (again, see 3 above). What’s really important to remember is that most IRS correspondence is time sensitive – there are deadlines. You can fix the problem if you address it. Ignoring it doesn’t make it go away and usually makes it worse.

5. Making a mistake. Everybody makes mistakes – didn’t your mother tell you that? There’s no need to panic. Making an honest mistake on your return can happen, and the IRS is usually pretty amenable to working something out when it happens. In fact, if you’re up to date on your taxes and make a small mistake that results in a deficiency, the IRS will often waive any associated penalty (always ask). If you’re just plain old cheating, they’re not so nice. But mistakes? They happen. Get over it.

Due to a growing client base in Connersville, Indiana, we’re opening an office there.  The Connersville office will be open Mondays, Wednesdays and Fridays for now with expanded hours during tax season.  The 2nd location is located at 801 W 35th Street, next to the fire station. Our main office will remain in Richmond.  Appointments, […]

IR-2016-117, Aug. 31, 2016 WASHINGTON  —  The Internal Revenue Service today encouraged taxpayers to consider a mid-year tax withholding checkup following several new factors that could affect their refunds in 2017.  Taking a closer look at the taxes being withheld can help ensure the right amount is withheld, either for tax refund purposes or […]

IRS Combats Identity Theft and Refund Fraud on Many Fronts

FS-2015-1, January 2015 Stopping identity theft and refund fraud is a top priority for the Internal Revenue Service. For the 2015 filing season, the IRS continues to expand these efforts to better protect taxpayers and help victims. IRS employees are working to prevent refund fraud, investigate identity theft-related crimes and help taxpayers who have been […]

Announcing our new Administrative Assistant, Julie Favorite! We welcome her to the Williams & Keckler team. Julie’s background includes many years employment at a local attorneys’ office and more than a decade in the loan department of a local bank. Drop by and say “hello”, or email her at Julie@keckler.com.

Key Tax Tips on the Tax Effects of Divorce or Separation

Issue Number:    IRS Summertime Tax Tip 2015-23 Internal Revenue Service (IRS) sent this bulletin at 08/24/2015 09:00 AM EDT Key Tax Tips on the Tax Effects of Divorce or Separation Income tax may be the last thing on your mind after a divorce or separation. However, these events can have a big impact on your taxes. […]

What Employers Need to Know about the Affordable Care Act

Issue Number:    HCTT-2015-46 Aug. 4, 2015 What Employers Need to Know about the Affordable Care Act The health care law contains tax provisions that affect employers. The size and structure of a workforce – small or large – helps determine which parts of the law apply to which employers. Calculating the number of employees is especially […]

Each year, the Taxpayer Advocate Service and its leader Nina E. Olson release an open letter to the IRS containing recommendations for improvement. FOXBusiness.com highlights five common sense changes the IRS can make to work better for you. Create one point of contact for identity theft Under the current structure, victims of identity theft are […]

WASHINGTON —The Internal Revenue Service today encouraged eligible small businesses that did not file certain retirement plan returns to take advantage of a low-cost penalty relief program enabling them to quickly come back into compliance. The program is designed to help small businesses that may have been unaware of the reporting requirements that apply to […]

If You Get an IRS Notice, Here’s What to Do

IRS Summertime Tax Tip Each year the IRS mails millions of notices and letters to taxpayers. If you receive a notice from the IRS, here is what you should do: • Don’t Ignore It. You can respond to most IRS notices quickly and easily. It is important that you reply right away.   • Focus […]